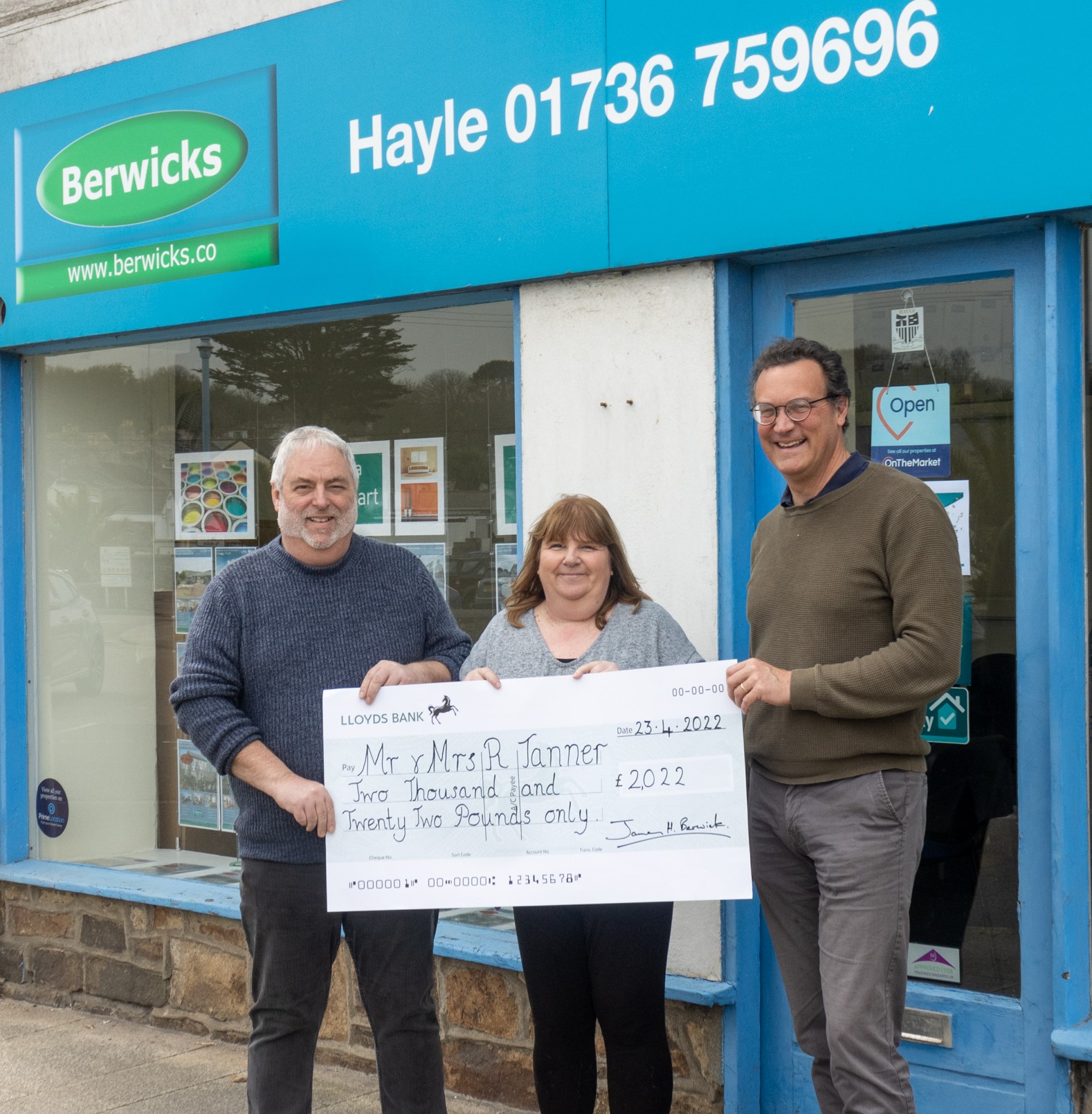 the Experts in Property has awarded a total of £3,022 to the winners of its Oh! Hello 2022 New Year Giveaway and has launched a new campaign, which runs until the end of July. The estate agency network’s Oh Hello! 2022 draw was launched in celebration of the New Year and closed on 31st March. During that time, all homeowners who chose their local member of the Experts in Property to value their home for sale or rental purposes, were entered for a chance of winning the grand prize of £2,022. 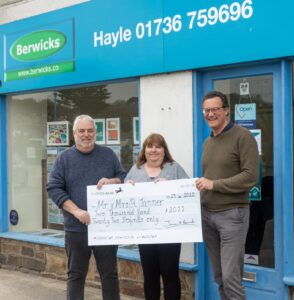 Mr & Mrs Tanner receiving their grand prize cheque for £2,022 from James Berwick
outside Berwicks in Hayle.

There was a record-breaking number of entries – around 2,000 in total! So many that the
network introduced 2nd and 3 rd prizes so more homeowners could become winners. The draw
took place in April and the winners have all now received their prizes.

The grand prize of £2,022 went to Mr & Mrs Tanner, who invited Berwicks in Hayle to value their modern four-bedroom house in the town. James Berwick, owner of Berwicks, presented the couple with the jackpot. They were both so thrilled to have won first prize and have decided to spend the money on home improvements before putting their house on the market. 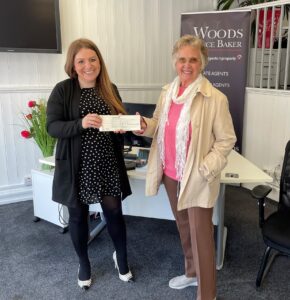 Sarah Thomas, negotiator at Woods Bryce Baker in Paignton handing over a 2nd
prize cheque for £500 to Mrs Hipwell.

2nd prize was won by Mrs Hipwell, who was entered by Woods Bryce Baker in Paignton after the agency valued her detached mock-Georgian style house sitting in lovely gardens in the rural parish of Marldon. Mrs Hipwell has decided not to move for now but was absolutely over the moon to win the newly introduced £500 2nd prize.

There were two 3rd prize winners, each taking £250. Mrs Alpass, who owns a two-bedroom bungalow in a very popular area off The Perrings in Nailsea, which was valued by Parker’s in Backwell and is for sale with the agency with a guide price of £349,950. And Mr & Mrs Netter, who were entered into the draw by Freeborns in Dartmouth after Tom Freeborn valued their listed and tastefully modernised four-bedroom, four-storey property with retained original features and an integral garage in the centre of the picturesque town.

The property isn’t yet on the market but may become available in the coming weeks. 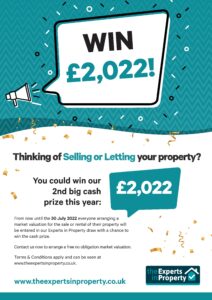 Artwork for the new Experts in Property Giveaway, which runs until the end of July.

The network isn’t stopping there… a new campaign has just launched with the same route to entry – a valuation with a member of the Experts in Property, which will close on 31st July with winners announced in early August.

There are Experts in Property offices throughout the Southwest. All are local, independent estate agents, who are well-established and highly trusted and joined the network to work together to sell more homes. Property for sale with Experts in Property agencies get more marketing exposure than they do with others and the network’s HQ provides heaps of training, ensuring the agents are the best in their field.

For a no-obligation valuation and a chance to win a share of £2,022, get in touch with your local Experts in Property office. To find your nearest, look for the ‘house and tick’ logo in your local town or visit our Agents Directory.

Sorry, the comment form is closed at this time.